AQI participated in the march for the Journée nationale des Patriotes on 22 May 2017. Our new banner was front and center in photos of the press coverage of the event. The press coverage also noted that AQI President Jennifer Drouin addressed the crowd before the march and reminded everyone that anglophones have always been a part of the Québec independence movement, dating back to the the Patriots’ Rebellion of 1837-1838 in which the brothers Wolfred and Robert Nelson were important figures. 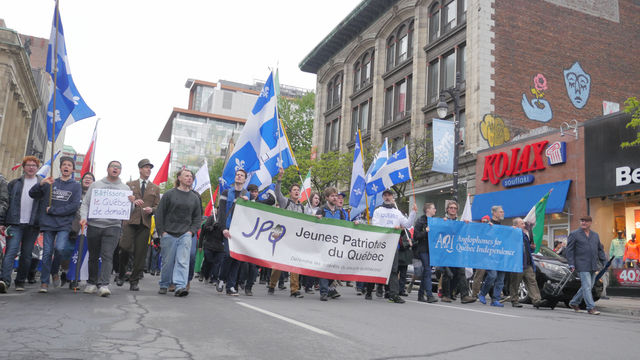 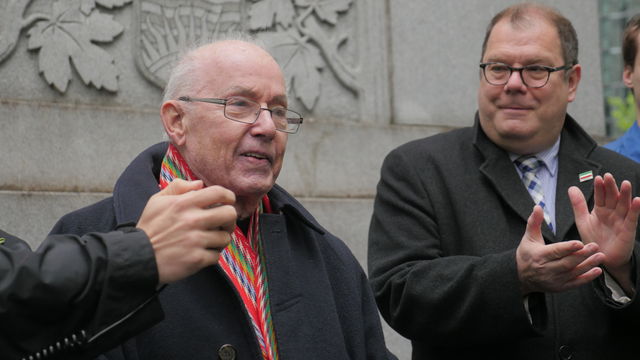